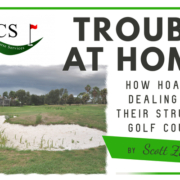 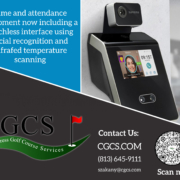 This Article Originally ran about 2 years ago, there have been alot of changes in technology since then and it was worth revisiting using these new tools!

Over the past 5 years I cannot tell you how many times I have been asked by a club official, “how can I lower my expenses at my club without sacrificing quality”? More often times than not, my response to that question is “are you efficient in all aspects of your operation and is that communicated that to you by your golf course superintendent”?     While I know that this is answering a question with another question, it makes the club official realize that they may not have all the answers.

I came across an interesting article a while back called “Is it time to Re-think Maintenance Budgets”? What I can tell you about that article is that it touches on many areas of a maintenance operation, of which, the most significant area that states: “So, what can a golf course Owner/Manager or Board of Directors do to control costs?”

The last part of this I find interesting as it relates to “Demand Time Study information”, which is a short way of saying that you want an efficiency study or a time and motion study on labor. I understand that most committee’s at a club are volunteers and that the vast majority of club officials may have very little knowledge of the maintenance department or know where to start. Since labor usually makes up 50% or more of a maintenance budget (have seen municipal operations at 80%), I would think that this is the best area to get more information on.  The simplest way to understand this is to:

1) have a good understanding of the jobs that are performed on the course;

2) understand the hours (I call them man-hours) it takes to do the jobs or tasks;

A FTE (full time equivalent) is a person working 40 hours per week for 52 weeks which equates to 2080 hours. In the example above, just performing these three tasks would equate to a staff of 2 FTE (4264 hours / 2080 = 2.05). When you add all the other tasks such as raking bunkers, mowing rough, changing cups, edging cart paths, etc., etc., you will build your labor requirements accordingly.

While I can go on about how other costs can be curtailed, understanding the labor model is a good way to get a handle on an area that can be managed and controlled if you understand all aspects of the operation.

If you would like more information or a sample “Man-hour” time and motion study, just send me a note and I will be more than happy to send it to you. 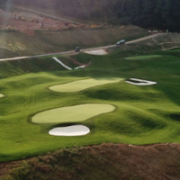 While outsourcing or contracting maintenance has been around for 40 years, it still seems that the concept is new to a lot of people. Outsourcing is simply put as:

“Having a company provide all the materials, supplies and equipment that is needed to take care of the golf course maintenance operations at a facility on a daily basis”.

Think about it like the landscaping industry. The landscape industry evolved with a full-service account that mows, edges, blows, and takes care of the grounds including all labor, pest control, fertilization, equipment, and materials that are needed to perform this service. In order to manage the expectations of this landscape service, there is usually a set of standards or specifications that are agreed upon at the time of hire. The more detailed the standards and specifications, the more precise the company can deliver the standards. This works the same way in a golf course maintenance operation! A club develops a set of standards, and the maintenance company provides an annual price to live up to these standards that are set. A fixed cost and precise delivery of service takes the guesswork out of an ever fluctuating maintenance budget and the labor burden that is involved with it.

How long has it been since you had an outside analysis of your Maintenance operation? Golf course owners and operators can have a third party analysis on where their individual club is positioned in the current business environment. At CGCS, we take a comprehensive approach to ensuring that a club is properly positioned in its marketplace.

Cypress Golf Course Services If you have any questions, comments, article ideas or would like to discuss the services CGCS provides please do not hesitate to email me at scott.zakany@cgcs.com or call (941) 747-5059

The course was built in 1976 and has been closed for almost two years and will be undergoing many improvements to include renovating greens and bunkers, driving range, tree work, replacing and repairing bridges around the course and cart path repairs. Cypress will oversee the renovations and manage the course when it is ready to be opened to the public.

“Scott Zakany head of CGCS and Cypress President John Fogel worked for over a year on this contract and are happy to see the details finally falling into place. The Dekalb County staff has been very diligent and great to work with. We look forward to making Sugar Creek a gem for Dekalb county and their citizen to play” said Cypress CEO Bill Stine.  Renovations on the property are set to begin soon. 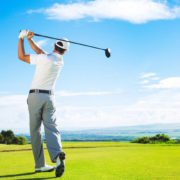 AUGUSTA, GA (WFXG) – Another 300-yard drive into the back of the range, Andre Lacy is a chip off the old block.

Lacy learned the game of golf from his grandfather, former PGA pro Jim Dent, one of the few African-American golfers on tour in the 80’s. He was known for hitting the ball deep and he got his start right here at the Augusta Municipal golf course.

“I’ve seen him out here more than I would on TV,” said Lacy.

Just a few years ago, this course, the one that first allowed black players in Augusta, was ready to close down. A move that would effectively have erased history for black golf pioneers like Jim Dent.

“They talked about selling the course, they leased it out, that didn’t work, that only lasted 3-4 months, and people just left,” said Ira Miller, GM at Augusta Municipal.

Miller led the new management to bring the course back. He said in the days of segregation, most of the black caddies at Augusta National would drive a few miles over to Augusta Municipal after work so they could play golf.

“I think it was great that they had a place to play and a matter of fact, most of the caddies that caddied at Augusta National they played golf here. This is where they learned to play golf,” said Miller.

Today, Lacy is trying to carve his own path to the PGA, hitting ball after ball on the same grass as his grandfather. To him, the Augusta Municipal is much more than just a golf course.

“Words really can’t describe it, I work here, I work on my professional career here. I wanna do everything I can to keep the course going as well, it’s important to our community,” said Lacy. 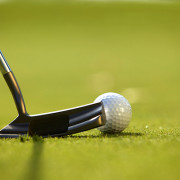 (AUGUSTA,GA) Member Tim Martin has played at the Patch for years, he says the course is now on a roll.

“This course is in the best shape that it’s ever been in the greens keeper and his staff have just done a tremendous job,” said Martin. Golf Course Maintenance

Martin isn’t alone in praising The Patch, (AKA) The Augusta Municipal Golf Course.

“We probably have the best green right now short of the masters and it’s improved a tremendous amount,” said Earnest Workman walking to the 10th green.

But golfers are starting to notice all the trees that are tied with orange ribbon. END_OF_DOCUMENT_TOKEN_TO_BE_REPLACED